Why is Seim So Qualified?

Gavin Seim is Portraitist, Pictorialist and Independent Filmmaker based in Central Washington – A craftsman who demands quality, Seim started when he was just twelve years old and owns a studio gallery that focuses on signature wall art. Seim also takes his family on the road four to five months each year, making images, exploring, speaking and studying and producing educational films.

Seim is a five time alumnus, as well as an educator at the International Wall Portrait Conference. His work has been featured around the world in magazines, books and online. He holds a passion for raising the bar and is best known for his refined wall images, projects like the Pro Photo Show, Seim Effects and his teachings on light in the EXposed series.

Seim also started word crafting at around age ten. He writes journals and educational material as well as fiction. He studies writing and co-authors fiction with his brother Nathan. Together they claimed first place in fiction at the 2011 WOTR Competition. He is also a Toastmaster and enjoys putting on a good presentation.

From Seim: I’m an American. I love open roads, nature, the right bear arms, real freedom and Jesus. I’m passionate about making art, writing stories and sharing what I learn. If I can make images that only in part, portray the beauty and wounder of God’s creation. I’ve succeeded.

My work has come to be influenced by classical painted works from the Renaissance, thru to early America, the Hudson River School and into modern times and master photographers like Ansel Adams, Michael Fatali, Ken Whitmire and others.

I enjoy studying what’s worked for centuries, observing the works of master painters and legendary photographers.

I’m fanatical about quality. Maybe too fanatical for some. But in a world where art has become commodity, I feel the need to make something more. To Raise the Bar. I use digital and film and enjoy both but have a real love for film. I like the gear and gadgets too, but I’ve learned they don’t make a good image. They’re just tools. Like a chisel, or a paintbrush. I focus on crafting images and to that end nearly all my work is processed and printed in house.

I’m blessed to have studied under some of the best photographers in the world and in recent years and have had the honor of speaking about photography and teaching what I know to others both in person and with on videos workshops like EXposed and PHOTOGRAPHICS.

I like to make people laugh, I’m outgoing, a perfectionist and a bit of a showman. Some of my known projects include Pro Photo Show, a podcast and learning community for photographers. F164, my pictorials folio and journal. And Seim Effects, my line of creative editing tools and tips for photographers.

I also love word craft and beyond my educational writing and I’m working on a collection of fiction novels and stories with my brother Nathan. More about that on our writing site. Also you can learn more about all my latest projects on my homepage.

A Bit More About Me. I was born January 1985 in Seattle to Grant & Sue Seim (my amazing parents). I bought my first camera from a yard sale when I was seven. It promptly broke, temporarily ending my photographic career till about age twelve. I was married to my beautiful wife Sondra in 2007 and we bought our first home in 2010.

My Goal. To make my viewers marvel at the beauty of people and creation. To give service, share ideas, and make a living for my family. But while doing it, to grow in things that really matter.

Among Other Interests. I love reading (well mostly listening to audiobooks) as well as writing. I’m a ventriloquist and a square dance caller (yes, different, but fun). I also enjoy vocals and even do a little yodeling (didn’t that go out of style a long time ago?).

Bottom Line. I love Jesus, my family, wife, my kids and my job. I’m not perfect, but I’m moving forward. What good is having everything, if in reality I have nothing. God has blessed me and I hope to use the talent he’s loaned to me the best I can.

Our Travels. We hit the road for 3-4 months out of the year in our camper. With me, the wife and three kids, it can get a little crazy, but there’s nothing like it. We have a neat setup that I keep upgrading to better fit our needs. While traveling I make pictorials all over the US, then teach workshops and private sessions to help offset travel costs. To learn more and see where we’re headed visit the tours page.

I’m not the only one around here. My beautiful wife Sondra puts up with me and helps out too. She joins the travels and also does the extra work for Seim Studios. She’s the best looking member of the Seim team. We were married in Spring of 2007 and while Sondra is not a photographer, she helps a lot in keeping the business and the home flowing smoothly.

My brother Nathan also works here and in off hours we write fiction together. Visit our writing site. 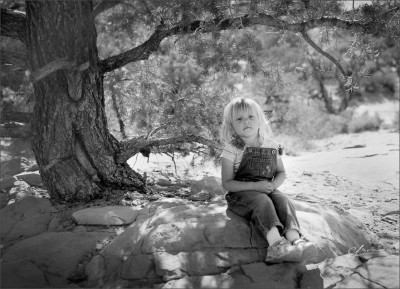 Cyrus is our son. He was born Feb 2008. He loves gadgets, electronics and computers and is shaping up to be a smart one. He also knows how to make the ladies swoon. And yes, he already has his own camera. He becoming quite a little helper. 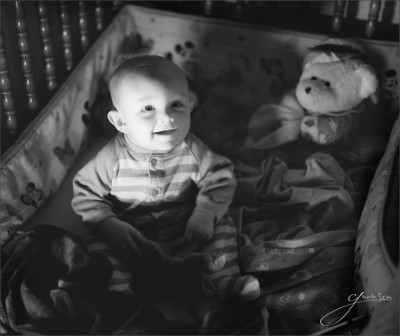 Ana was born in Nov 2009. She’s a feisty one, but with those eyes I think she can melt the heart of kings. Her mom says she manipulates me. But I admit to nothing.

Asher – The Newest Member >>
Asher came along in Sept 2011. He’s a pudgy little dude who knows how to stay cool and likes to eat. A lot. He’s quite a character and you may find him tugging on your leg looking for snacks or tinkering with any object he can get his hands on trying to determine how it works.

Have a question? Just send me a message - Service is free here!

Everything here is created by a Master photographer, not a marketing agency!

When you use good formulas and craft tools, you create better results because you waste less time. A lot of people diss tools like mine because they say they only use their own recipes.

That's like saying you should only use one film because you need to create everything yourself. Or that it's cheating to use your special lens because it gives you THAT look. Professional photographers use Seim tools. Why? Because they make you more creative and give you more control, guaranteed!

As a PPA Master Photographer, I'm always challenging myself to create better. That's how every tool I make starts out. With a hunt for better edits for my Light Tribe community.

You're rightly skeptical. That's why all sales are NOT FINAL here. I guarantee my tools and workshops and I'm confident my products they will become the ones you use and love.

Buy any of my products and try them for 7 days. if after that you feel dissatisfied, send me an email any time within 31 days of your purchase and let me know the problem. I'll fix it, exchange it, or refund your money

I'm from WA State USA and started studying photography in 97. I started work as a pro (using that word loosely because I sucked) using film at age 16. I learned fast but was not as easy to find training then. Sometimes I just beat my head against the wall until I figured stuff out.

As digital came, I went all in and got to study with masters like Ken Whitmire. In 2009 I founded the Pro Photo Show podcast. I started promoting tone-focused editing and when Lightroom arrived, I started developing presets, Styles, Photoshop Actions and photo courses to make editing and workflow easier.

20 years of study and photography in the trenches earned me a Master of Photography (M.Photog) from PPA. I got to see my workshops and tools featured in publications across the industry. Once I even won the prestigious HotOne award for my "EXposed" light and tone workshop. But I learned a degree means nothing, results are what count.

Wanting something calmer, I moved to Mexico with my family in 2017. It's a land of magical light. I'm here now exploring light and trying to master my weak areas. I make videos of that for my Light Tribe YouTube channel, sharing what I learn.

I hope you'll stick around and be part of Light Tribe... Gavin Seim