Gen.2 of Classic Negative and Classic Chrome Like Capture One and Lightroom Film Presets.

Classic Neg and Classic Chrome are popular color profiles on Fuji cameras. It seems Fuji is the only camera maker who has managed to make its in-camera profiles iconic. That’s because it takes its camera profiles from Film. Can we do the same with C1 styles or Lightroom Film Presets?

Film presets are as useful as they are hard to make.

I’ve been making master preset packs since Lightroom launched. But the hardest to create are my Capture One and Lightroom film presets, Filmist. Presets like PowerFlow and Natural HDR and great. But film does something magical for digital.

I just finished Filmist V1.8 with new Gen. 2 versions of my Classic negative-like and Classic Chrom-like presets, as well as Ektar Gen2 (I made a post about that here) With nearly 5 years of development, Filmist has become a king of great film presets, and I’m super proud of it.

I’ve included the improved Gen.2 version of Classic Negative-like for you Fuji lovers, PLUS a few other film presets to get you started.

The new Gen.2 Classic Chrome-Like preset can be found in Filmist Complete, but if you want to create your own version for free, you can watch the video I made on the recipe here.

I love Film presets. Here’s why you should.

Overdriving sliders in an edit is a very common problem. More is not more in a great photo. That, I believe, is why people like these Fuji camera profiles—they are subtle.

It’s silly, but it hurts a little when my customers reject my recommendation to try Filmist as their next pack. I know they are missing out. I love film presets because when you shoot real film or edit with good film presets, it changes the way you create photos.

Things that were once boring become atmospheric and feel more real. It helps you gain perspective on every other process because film will always have an organic look.

I also use and love Fuji cameras, but I nearly always apply the looks with a preset and not a baked-in look because it gives more control and better results. Plus you can use it on any camera or video thanks to LUTS.

In today’s post, I’ll share a variety of photos processed with these Capture One and Lightroom Film presets. Everything comes from my newly updated V1.8 and nearly world-famous “like” versions of these recipes as presets for any camera.

1.8 also has the new Gen 2 of the Ektar 100 which is a really great film. I’ll write more about that in another post. All these looks come thanks to many test images from the long hours, so they are more accurate than ever. The updated version includes the Lightroom Presets, the Capture One Styles, and the video LUTS.

You can also download the Filmist sampler again for the 1.8 version. If you own FIlmist Complete, this is a free update, and you can get your account for the latest install.

Classic Negative – is a bit deeper and more intense. It has subdued colors but is more contrasty. It’s well-loved for streets for that reason, though usually, it’s not my favorite for portraits. Turn up the exposure a little on portraits to make it smoother.

Classic Chrome – is soft and gentle and sometimes you may need a bit more if your light is not contrasty. But it’s versatile.

While Classic Negative has an almost soft color look, classic Chrome is a bit brighter and more slide film-like, even though it’s not actually that close to the Kodachrome film it was inspired by.

Both produce great results and both can feel very natural. But if you look at these examples you can see how each has its own character. All these examples were done with the presets, which means camera type is not a barrier.

Film presets should be made with extensive testing to work well.

I do extensive homework for every film I make. In fact, making Gen.2 of these was hard because they were already good. I had to spend hours refining fine details in Lightroom and Capture One, and that’s the most tedious part.

When I shoot with Fuji cameras, I use both of these profiles. But in the post, I always take the RAW file and use the presets. Yes even before the built-in fuji-specific RAW profiles for better dynamic range and more accuracy.

It’s important that we can apply these looks to any file, any camera, old or new. Not just the latest model. Because when editing a project, you need consistency, not looks that are all over the map. If I shot part of a project on Fuji and another part on Sony or Canon, I want to be able to edit them with the same feel.

Presets make it easy and turn a recipe that requires dozens of hours to create into a single click. All while leaving you in control. By using presets on Raw instead of baked-in JPEGS, I get smoother highlight roll-off, I can increase or decrease the effect, and I can change my mind later.

I made Filmist so we could better bring the darkroom to digital. Before, we had a limited number of films but a nearly infinite number of ways to develop them back in the day. Most are gone now. Today we have many ways to develop with a simple slider and while under-editing creates boring photos that lack atmosphere, over-driving a slider can take a great photo and make it bad instantly.

Film has an organic shadow-rich look. So Wwen you start editing with film presets you get more than just tinkering with sliders. Yes, you save time, but you try things and see things. Colors, shadows, various kinds of reds, and nuances can take a rather plain photo and make it seem like something from the pages of National Geographic. Color, Silver mix, and shadows matter.

You can see in just the Classic Negative and Classic Chrome looks that while the processes are not that intense, they are distinct and when you learn to make the destination or the nuances you become a better photographer and editor. Film makes that process a whole lot easier because it’s backed by hundreds of years of chemical processes and research into what makes our eyes respond to shadow and light.

Make sure you check out the Filmist film presets and at least download the free sampler pack to get some creative ideas.

I made Smarter curves and edits in Silver 5.1 Black & White Lightroom Presets and C1 Styles!

I made Smarter curves and edits in Silver 5.1 Black & White Lightroom Presets and C1 Styles!

S Curve Photography is OK. But the F Curve is way better!

S Curve Photography is OK. But the F Curve is way better!

This Ektar 100 film preset for Lightroom and Capture One is a game changer.

This Ektar 100 film preset for Lightroom and Capture One is a game changer.

The Secret Magic of Presence sliders… Clarity, Texture, and De-Haze! 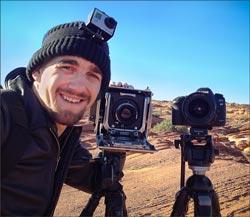 Hey I'm Gavin Seim. I hunt shadow, make videos and design better editing tools for photographers. Here's a few favorotes, get them all on the homepage. 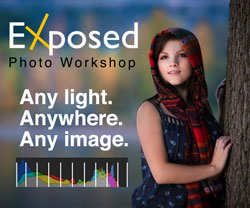 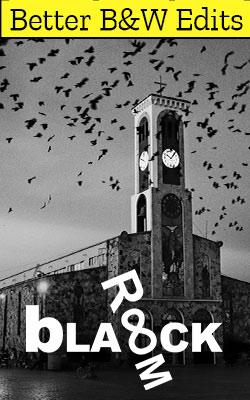 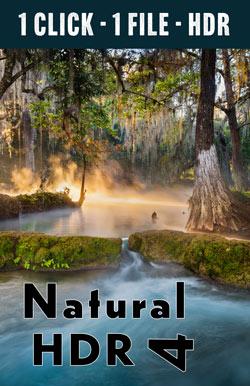 I'm from WA State USA and started studying photography in 97. I started work as a pro (using that word loosely because I sucked) using film at age 16. I learned fast but was not as easy to find training then. Sometimes I beat my head against the wall until I figured stuff out.

As digital dawned I went all in and got to study with masters like Ken Whitmire. In 09 I founded the Pro Photo Show podcast. I started promoting tone-focused editing. When Lightroom arrived, I started developing tools to make editing and workflow better.

20 years of study and photography around the country earned me a Master of Photography (M.Photog) from PPA. I got to see my workshops and tools featured in publications across the industry. Once I even won the prestigious HotOne award for my "EXposed" light and tone workshop.

Wanting something calmer, I moved to Mexico in 2017. It's a land of magical light. I'm here now exploring light and trying to master my weak areas. I make videos of that for my Youtube channel, sharing what I learn. I hope you'll stick around and be part of Light Hunters Tribe... Gavin